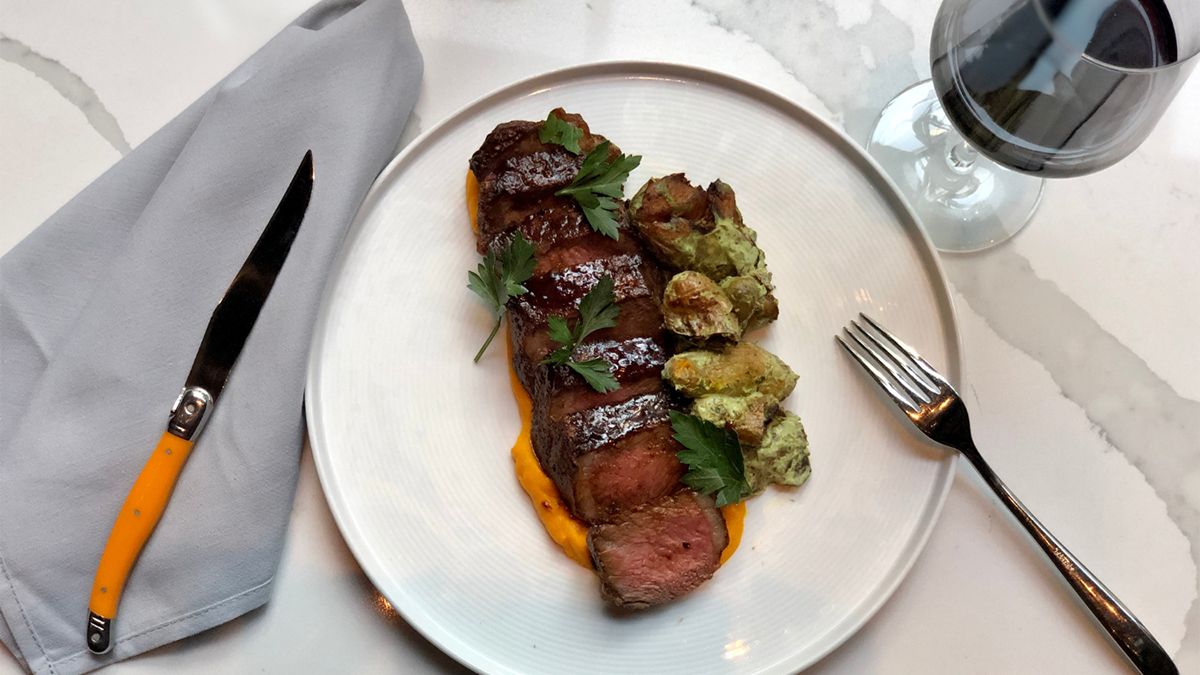 With summer comes the season of grilling. It’s no secret that steak is one of the most popular and decadent grilling meats—it’s a meat that is served regularly at barbecues as well as at fine dining establishments across the globe. Whether you’re grilling your own steaks this summer, or enjoying them at exclusive restaurants, finding the right sauce for your steak is vital. Many sauces that pair well with grilled steaks are easy to make at home—the tricky part is choosing which sauce will take you on the journey your tastebuds deserve. Here is a list of 4 delicious sauces to pair with grilled steak.

Originally from Argentina and Uruguay, chimichurri is a classic sauce that is very versatile. It can be served at any temperature according to taste, and has both a red and a green variety.

A common misconception is that chimichurri is the same thing as pesto. Don’t let the green color fool you, as chimichurri has a flavor profile all its own. The zesty and bright flavors will bring out your decadent steak as you enjoy your meal.

Making it at home is simple, and it can be used for more than just your steak. Some people even use it as salsa. It can also be just the right degree of spice if you adjust the amount of pepper in it.

This sauce is so delicious that it was named after the Roman goddess of wild animals and hunting. It was invented in London in the 1930s, but New York hotels began serving it in the 1940s. The nostalgic sauce is making a big comeback, so don’t miss your chance to taste its iconic flavors.

Diane is traditionally served with pan-fried steaks, but it is amazing with grilled steaks as well. The rich and creamy sauce complements any steak perfectly. Made with cream and Worcestershire, this new take on an old classic is sure to invigorate your dinner.

This northwest Mediterranean sauce’s name means “garlic and oil” in Catalan, Provençal and Italian. That’s because traditionally it was made from emulsified olive oil and mashed garlic. Today, it is more often made with mayo and garlic due to the fragile nature of emulsification.

This cold sauce flows with an intense garlic flavor and a sharp taste that your mouth will thank you for. If you are left with extra sauce after you’ve finished your steak, this sauce is also known to pair wonderfully with many sides, such as veggies and breads.

Even though blue cheese was discovered by accident, it’s no fluke that blue cheese sauces are served with steak at an overwhelming number of elegant restaurants. The flavors of steak and blue cheese are known to perfectly balance each other.

Blue cheese sauces are not for the faint hearted. They tend to boast a very rich flavor, and less is more as the sauce can be overpowering. That being said, it has an assertive and salty flavor that brings a bold aspect to a steak.

The tangy kick of a blue cheese sauce is often achieved by using Gorgonzola blue cheese, but other varieties work as well. All your senses will be in high gear as you experience this sauce with a perfectly grilled steak. If you haven’t tried this combo before, it’s a must.

Choosing which sauce to try

No matter which condiment you choose, you can’t go wrong when your steak has one of these sauces to accompany it. Don’t forget to also find the right wine to pair with your steak to have a complete and memorable dinner.

Interested in dining at the Albert? Book a reservation.

Thanksgiving is generally an American holiday where you eat foods like turkey, mashed potatoes, and…

4 Warm and Cozy Italian Drinks to Make This Fall

Recent Posts
Back To Top